“Injurious” under the Lacey Act is similar to “invasive.” If these changes become law, the U.S. Fish and Wildlife Service (FWS) would have the authority to list a species as injurious immediately if it could possibly survive and breed anywhere in the U.S. and possibly cause any type of problem. The potential for spreading disease is another criteria for listing.

The United States has a large diversity of climates. A defective “climate match” approach based on average temperature has been used to assess whether a species could become invasive anywhere in the U.S. How many species could be deemed potentially invasive in places like southern Florida, Texas, Hawaii, Guam, California, or Arizona? Any such species could be listed as injurious.

This could affect any species! Fish, mammals, birds, reptiles, amphibians, and invertebrates will be in jeopardy. This even applies to native species, as we witnessed with the salamander listings.

About the current bills:

The America COMPETES Act (HR4521) passed in the House with Lacey Act amendments attached (found in Section 71102). It will now be merged with the Senate version which is the U.S. Innovation and Competition Act (S1260). S1260 does NOT contain any similar section. Our goals are to stop the Lacey Act amendments from being added to the merged bill, educate Congress about their damaging impact, and proactively prevent inclusion of such measures in the future.

What can you do?

Visit www.usark.org/2022lacey for more information on how to take action.

Action alert with directions and messaging at: 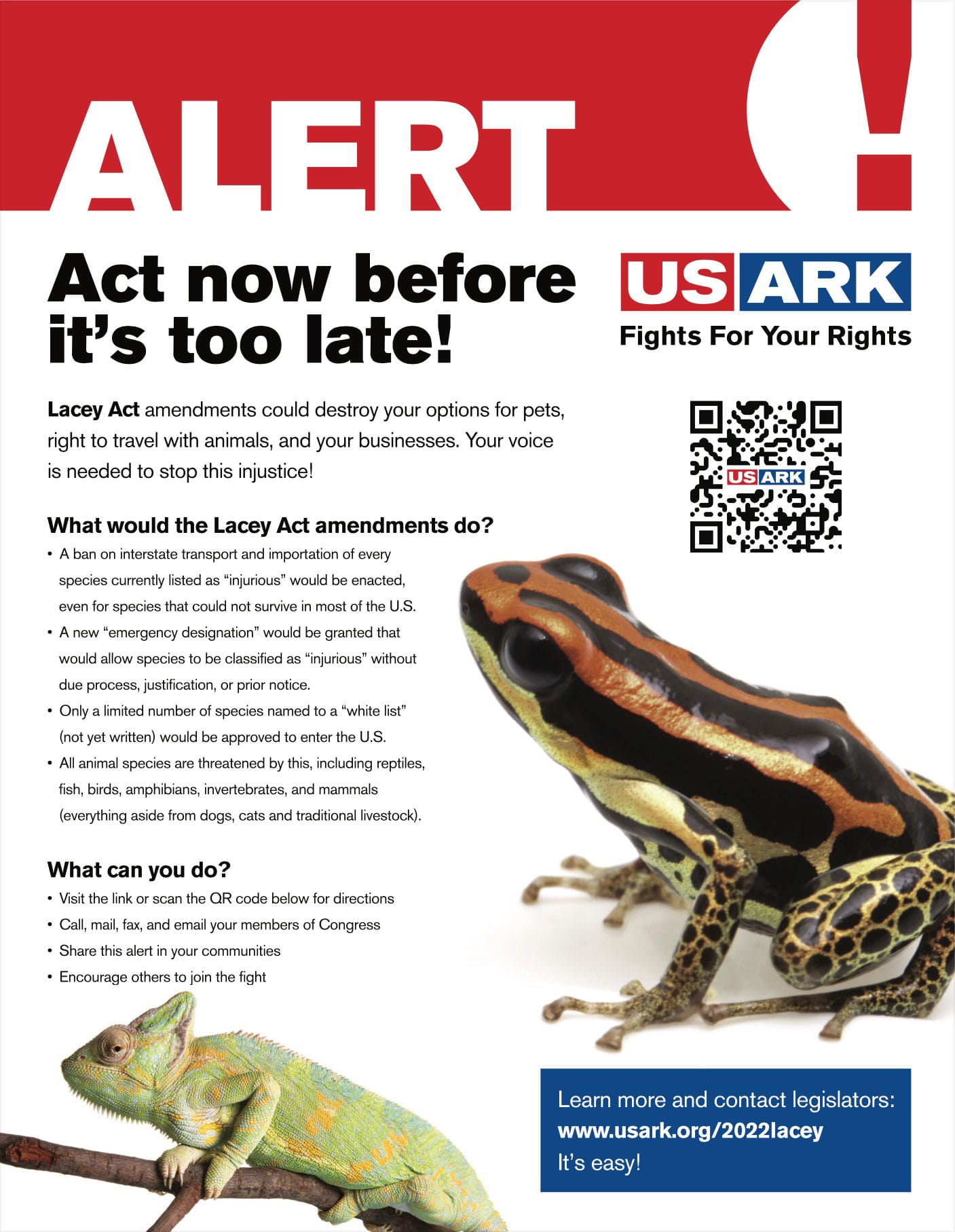 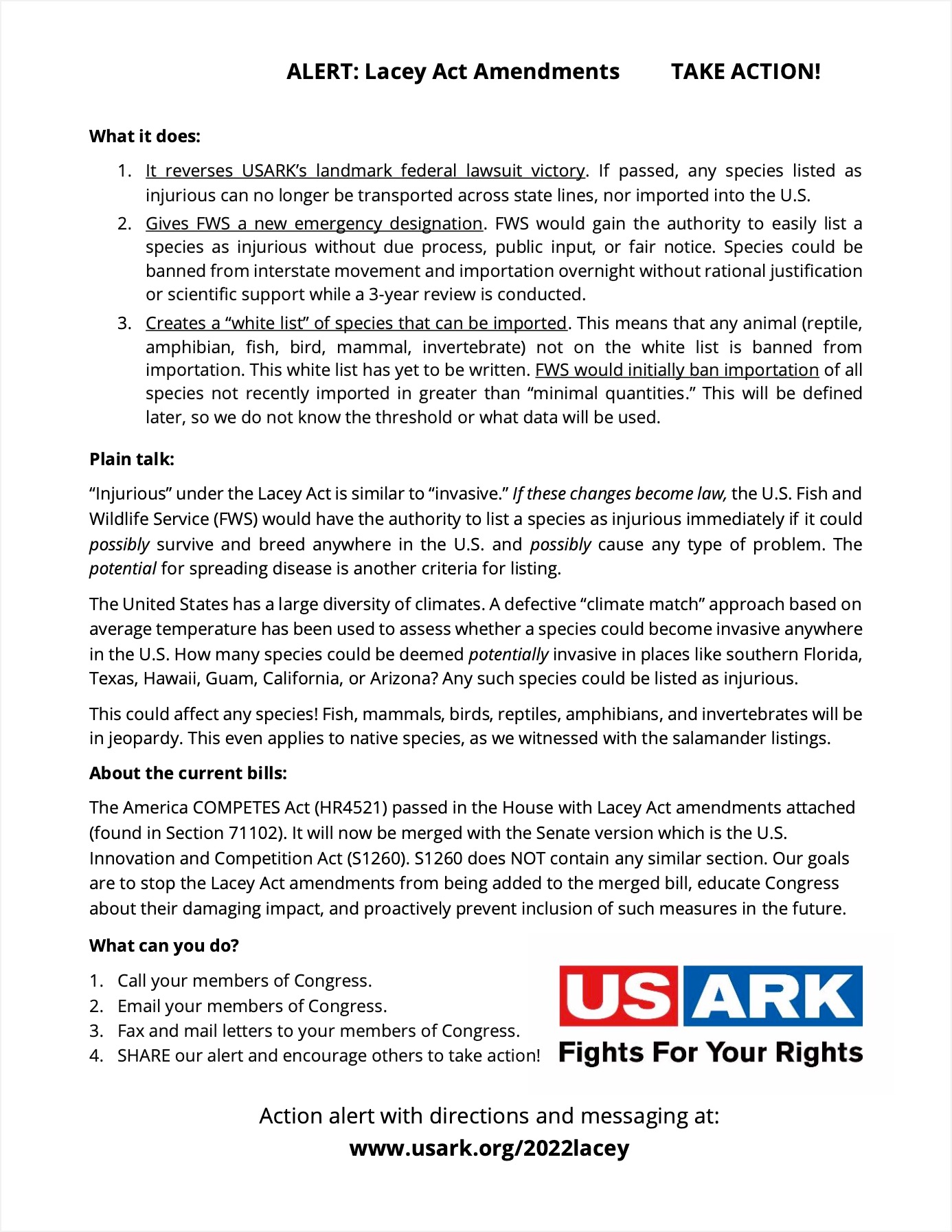