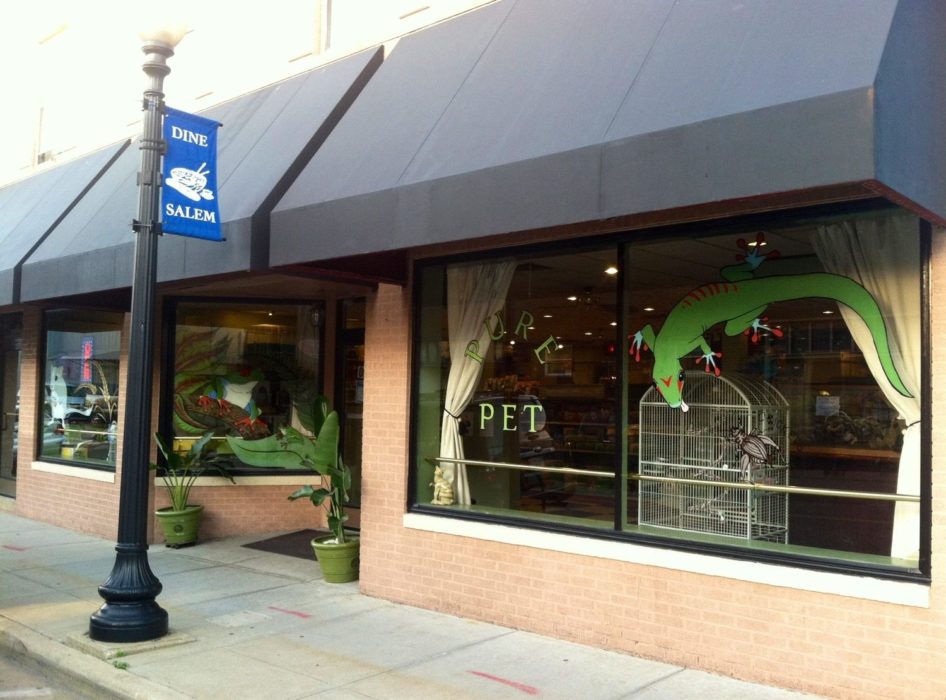 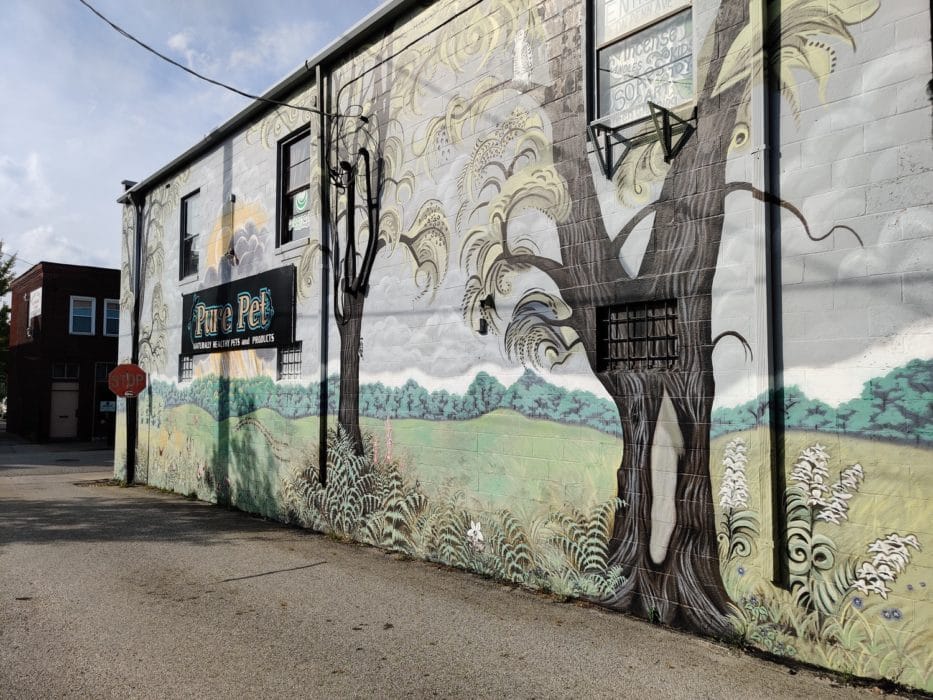 Our store of the month for December is Pure Pet in Salem, OH! This store is in the heart of downtown Salem and takes advantage of their corner lot with a bright mural painted on the side of the building. 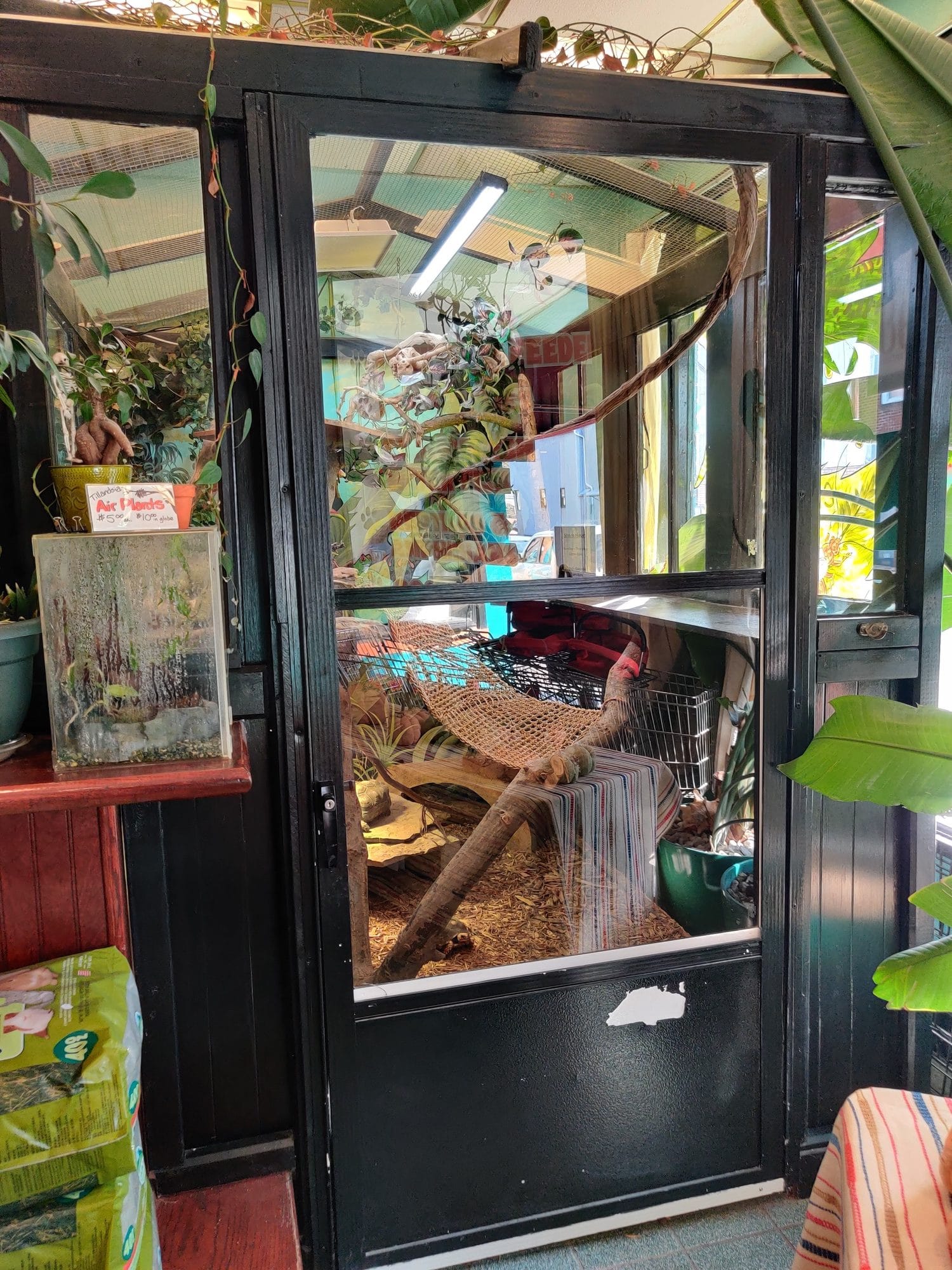 Walking into the store, you’re greeted by Jack, the axanthic blue iguana, who lives in a huge, walk-in enclosure built at the store entrance. He’s about 5 years old, and Pure Pet loves having him as an ambassador to show people an appropriate iguana setup. 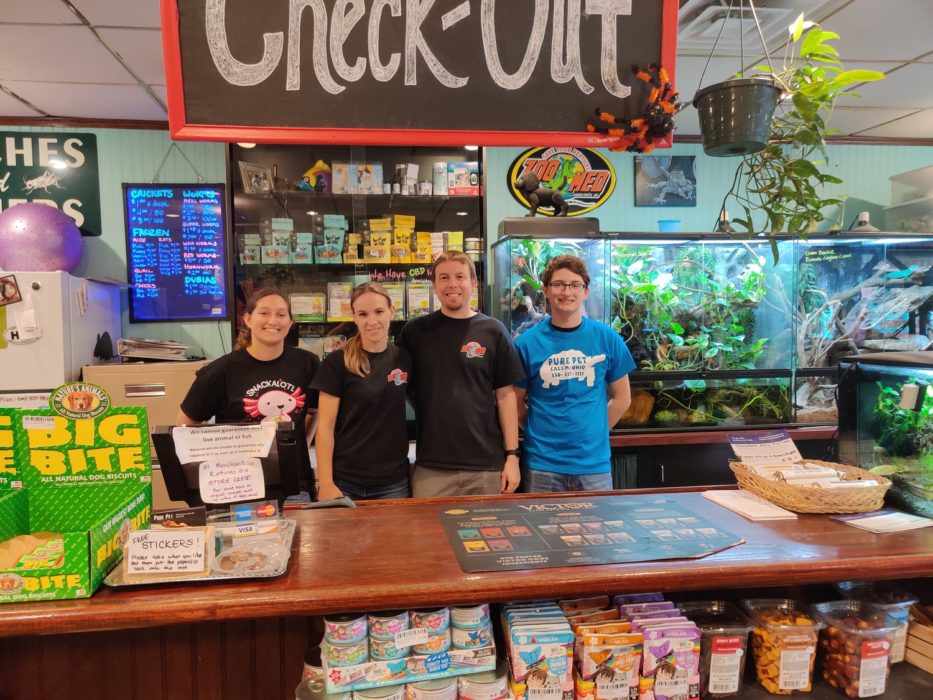 The store is owned by Emily and Keith, who opened Pure Pet in 2010 in a 600 square foot building.  They’ve since expanded to their current 5,500 square foot building, and use some of that space to captive breed many of the reptiles sold in store. They personally breed red foot tortoises, musk turtles, ball pythons, colubrids, bearded dragons, leopard geckos, and other species of geckos, but they’ve also built long-term relationships with many individual breeders who sell their animals at Pure Pet. 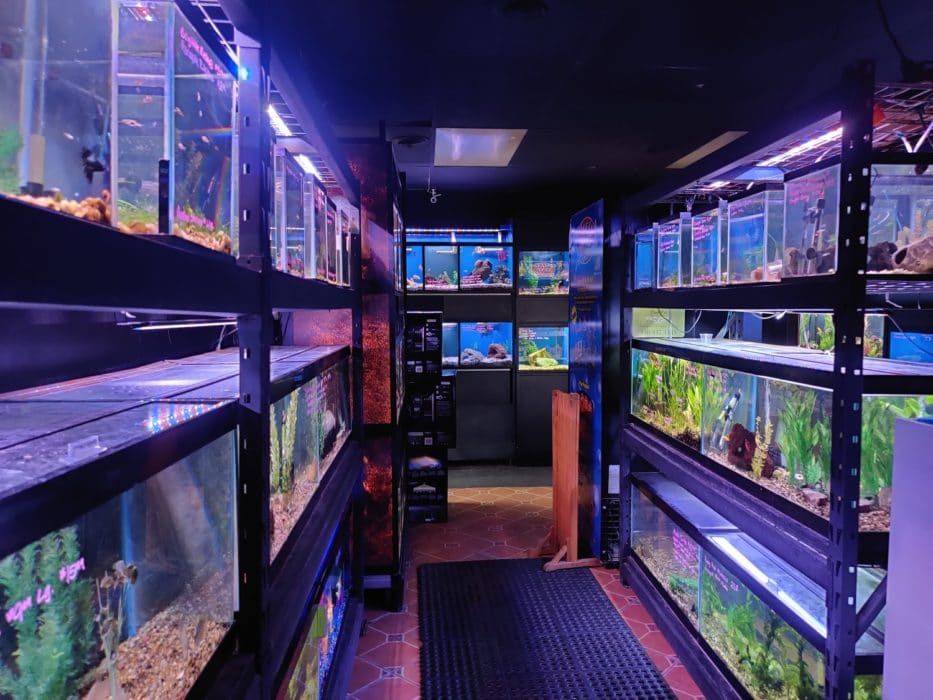 While the store specializes in reptiles and fish, they also captive breed specialty rodents, such hairless guinea pigs, African spiny mice, and dwarf rats, and several species of birds, such as parakeets, doves, green cheek conures, rosy bourkes, and some other finches and small birds in their store. 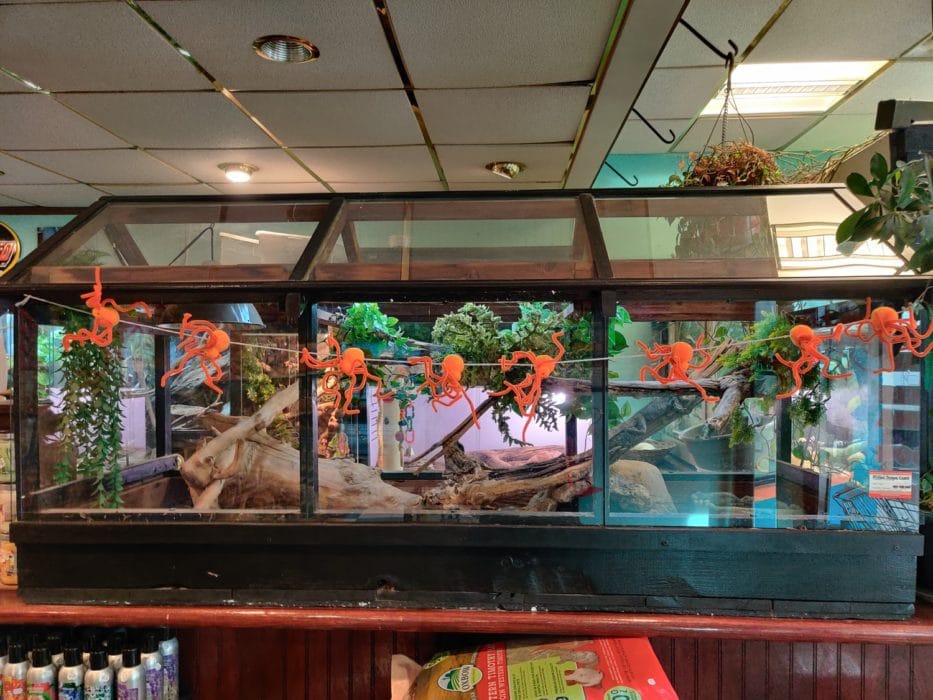 Other than Jack the iguana, the store has several mascots, like Rocky the red-lored Amazon parrot, a 3-legged cat, Baxter, and two other cats, Paul and Daniel. They have cats available for adoption too, which the local animal shelter, Angels for Animals, brings in. 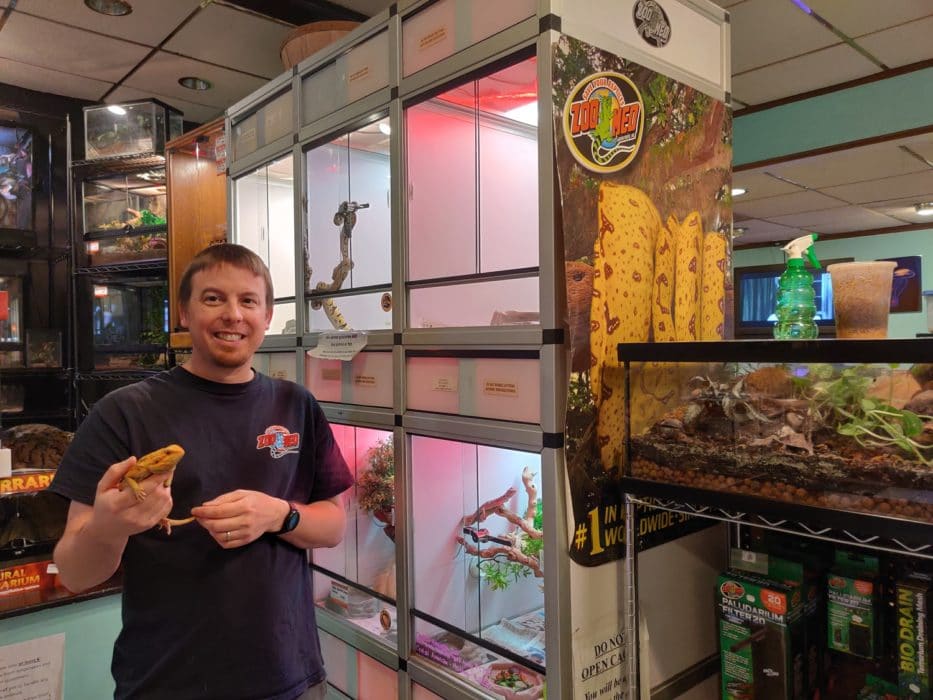 Pure Pet does their best to set great examples for reptile care and housing using species-appropriate terrariums, paludariums, and live-planted/ bioactive enclosures. Their animals receive varied, supplemented diets and are always eating well before they leave the store. Their fish are kept in community-style aquariums using individual tanks and biological filtration, which helps keep disease at bay and allows them to have more diverse and unusual species since they can control individual tank conditions. 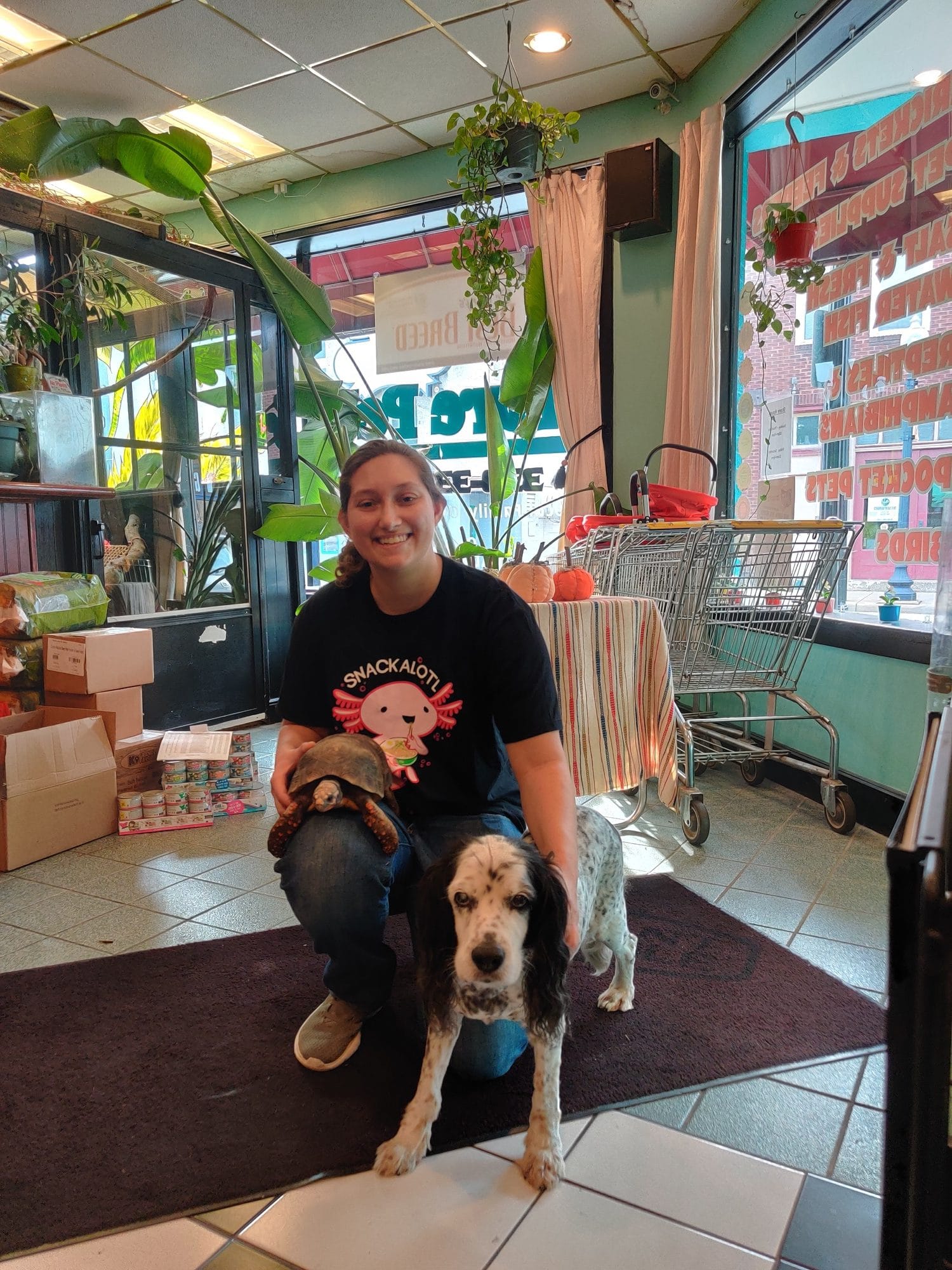 Pure Pet is a spectacle and an experience you don’t want to miss. If you’re near Salem, OH, make sure you stop in to say hello! 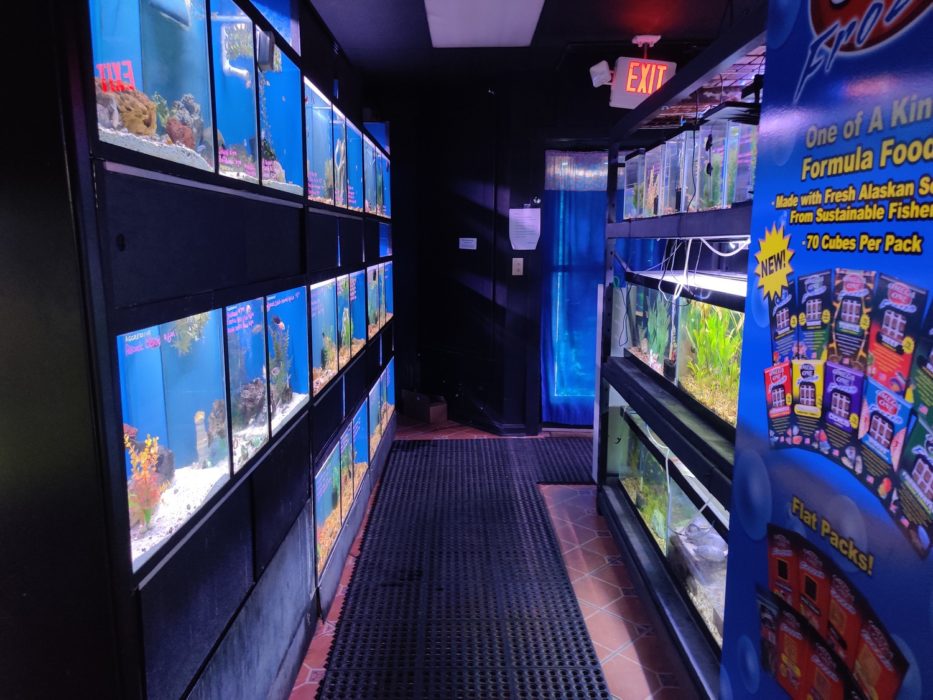 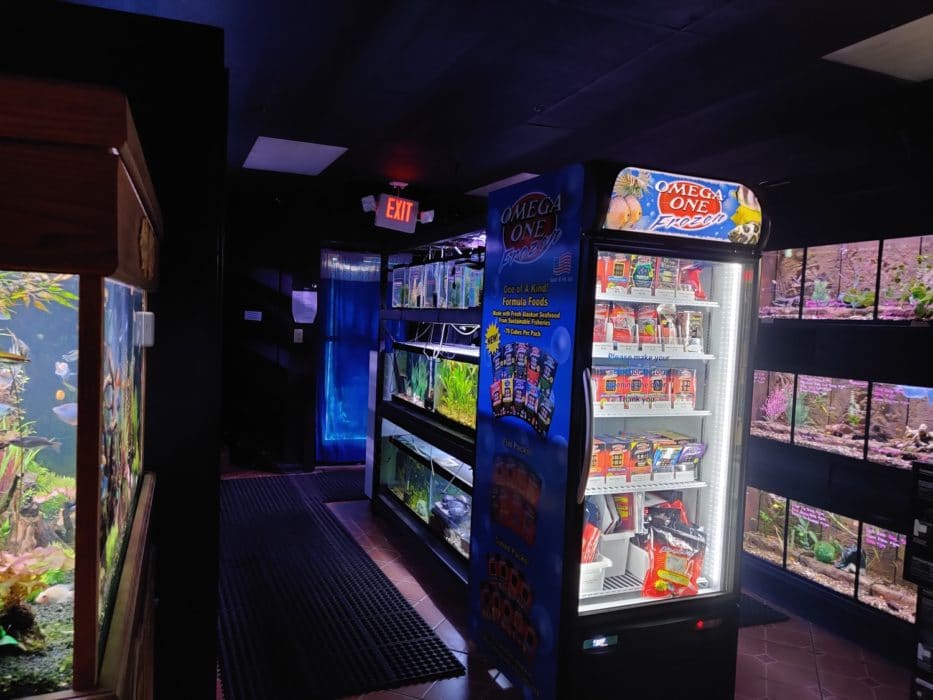 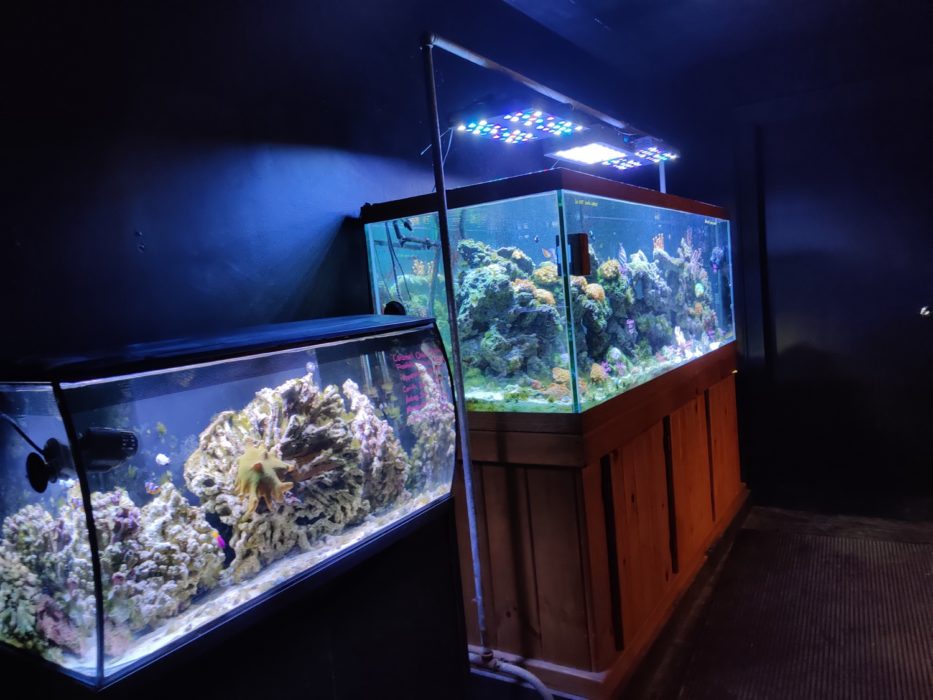 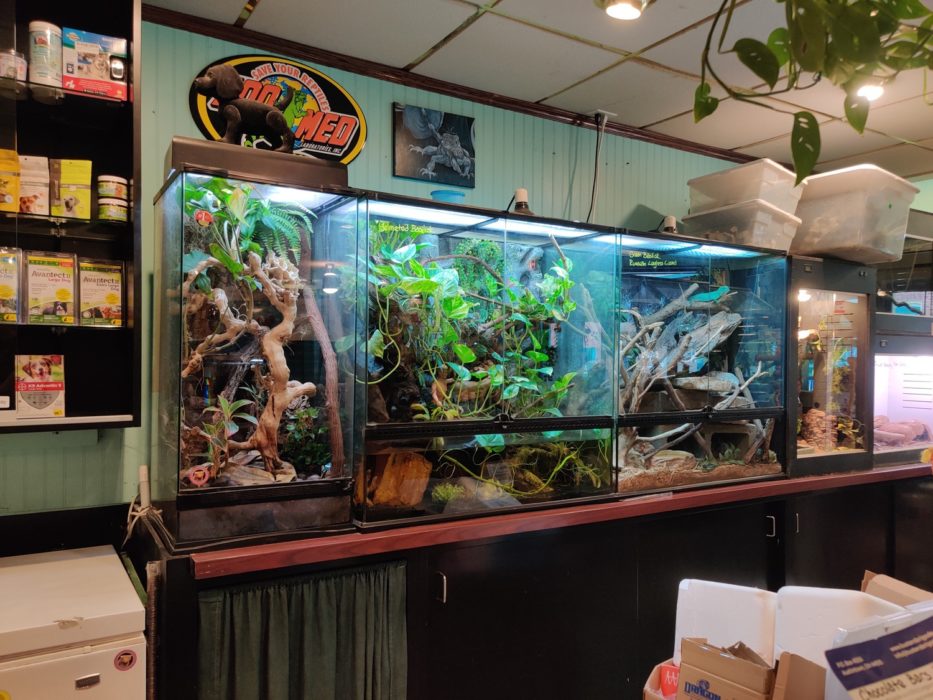 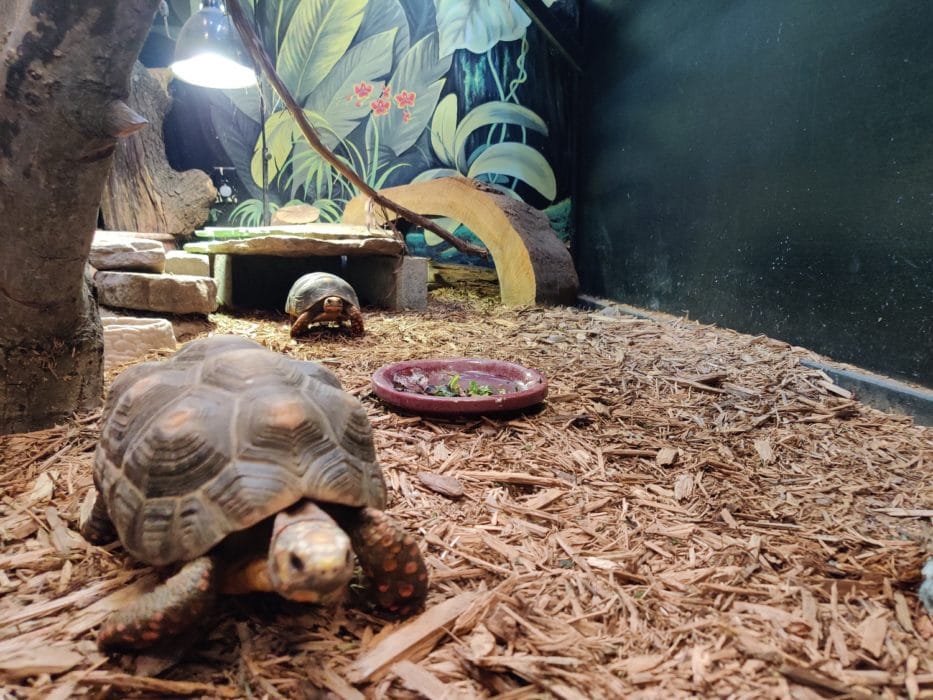 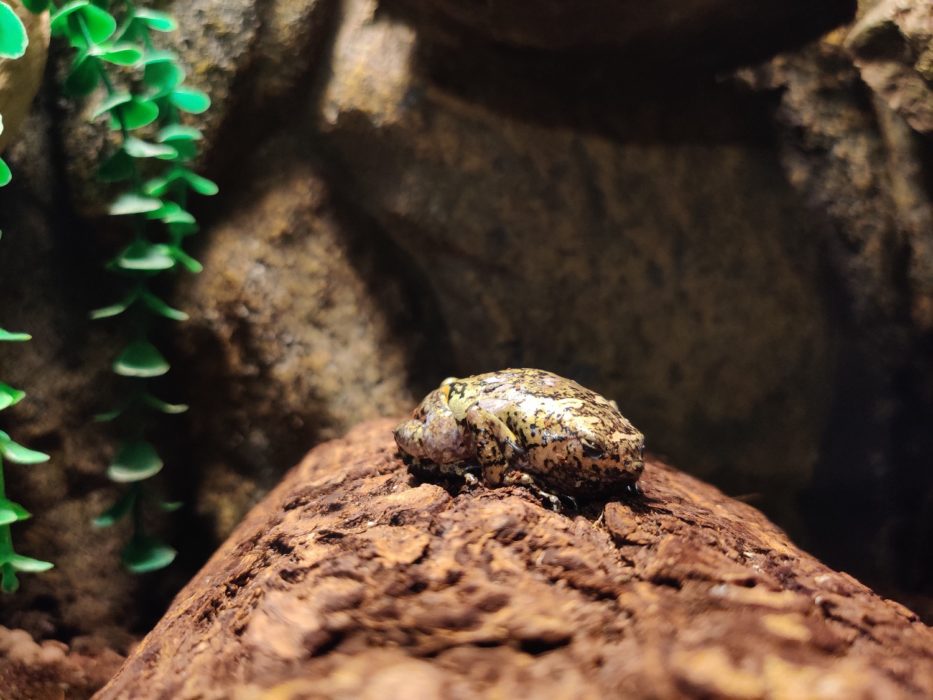 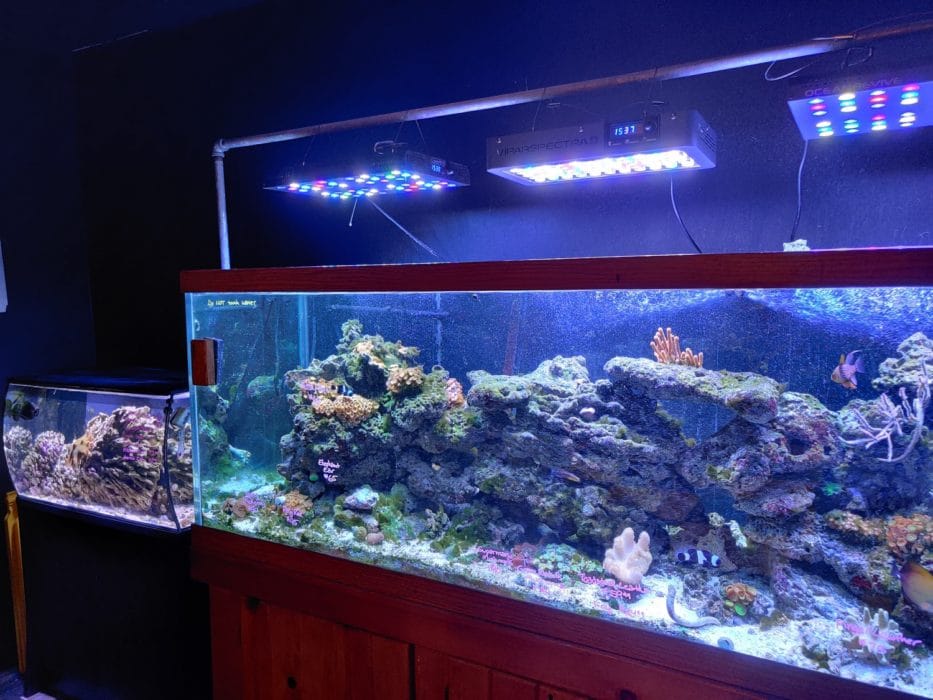 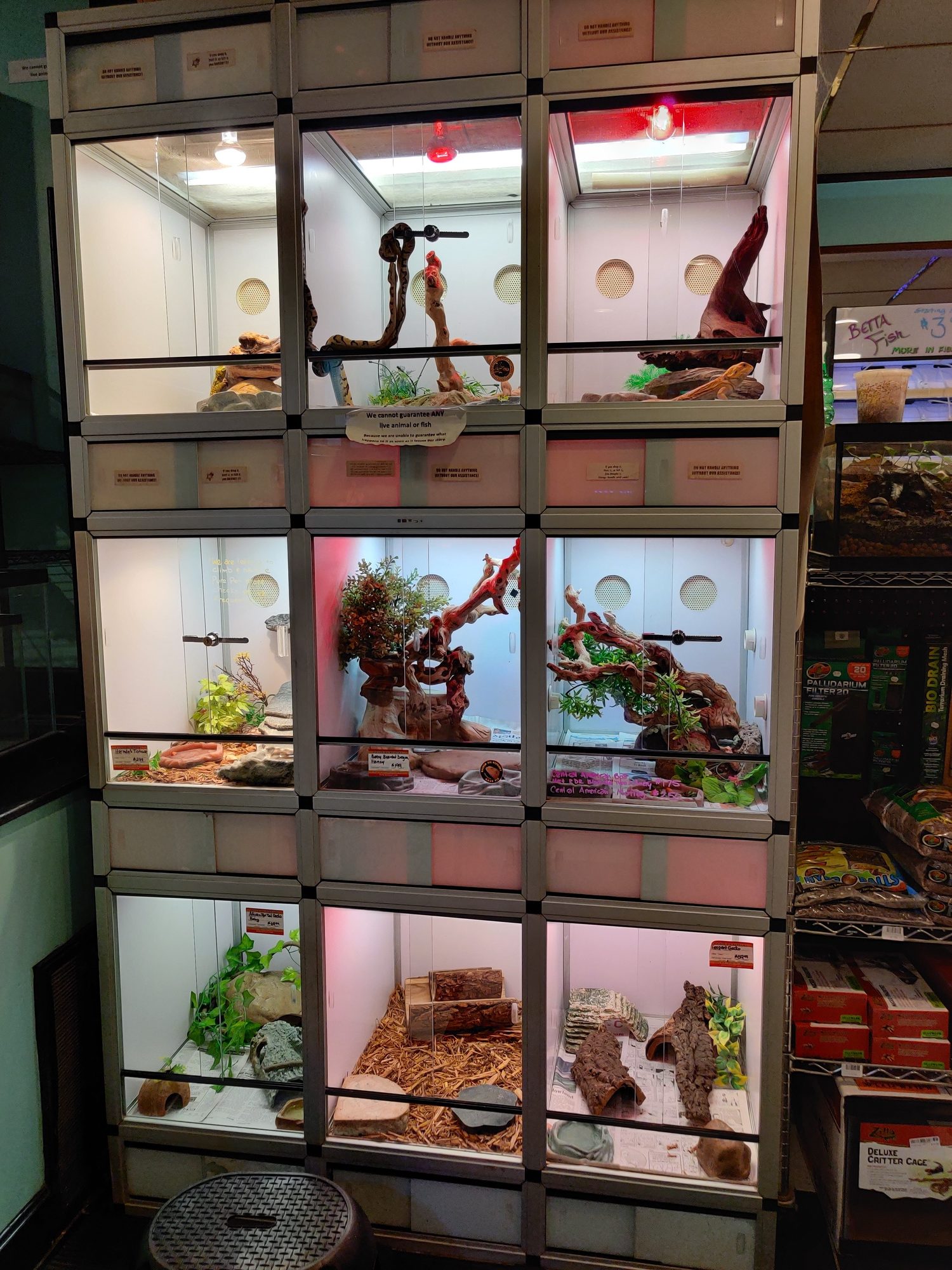 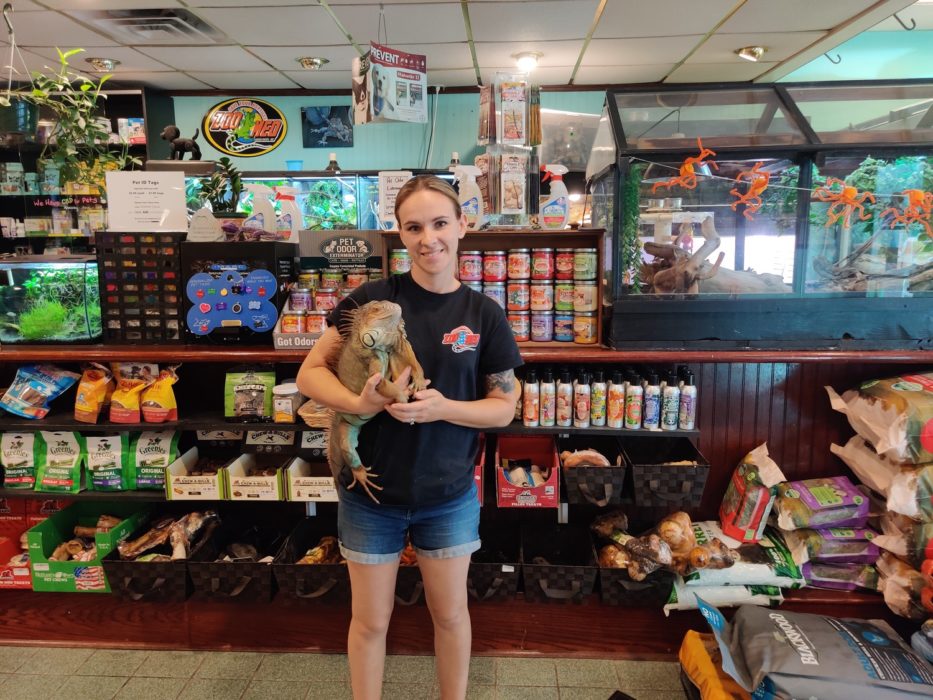